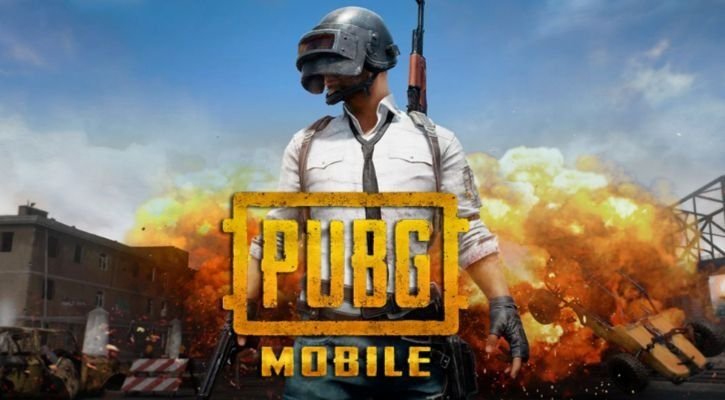 PUBG Mobile Update 1.3 Patch Notes ;PUBG Mobile As of March 9, 2021, so that its players can have a better gaming experience. PUBG Mobile 1.3 Patch will be published. According to the statement made by Tencent, “The update requires 640MB of storage space on android devices and 1.55GB on iOS devices. The game will not stay closed during the update. In addition, those who installed the update and those who did not, will not be in the same team. For this reason, we recommend that you install the update on your device.” description has been made.

With the update, pubg mobile anniversary celebration, electronic music festival and party themes will be highlighted in the game. Plus face rhythm, clown cheats, brand new karakin map and royal pass 18 such innovations will be waiting for the players. made by Tencent PUBG Mobile 1.3 Update You can review the explanations in the rest of our article below.

By updating the game from March 9 to March 14, you can get the following:

100 Rhythms have arrived on the Erangel map, the party is starting at the electronic music festival. Music Armband 3 gives special ability. By choosing a skill that suits you, collecting scattered tapes, you can upgrade your skill and dominate the battlefield with the help of your skill. To experience this special game mode, you must select Erangel on the map selection screen.

A screen will appear on Spawn Island requiring players to select a skill and before the match begins, players must select 1: Guardian Armband, Recon Armband or Camouflage Armband.

Players will gain 3 skills after choosing a skill. The first is an active skill that gives the player a powerful ability. The other two are passive skills that provide power-ups to the player. Players will start the match with only the basic skill, and they need to buy cassettes to unlock passive skills.

Each match will spawn 3 electronic music squares on the Erangel map. One of them will always spawn on Spawn Island, and the other two will spawn in random places. The electronic music festival, which plays dance music, is waiting for your discoveries.

Music Barrier – When used, this skill activates a device that creates a translucent columnar barrier that reduces damage taken from projectiles.

Music Transformation – This skill activates an interactive feature for the barrier builder. Players can use this feature to disable the barrier and recover the energy of allies within range.

pop-metal – Reload times will be reduced when players and their allies are inside the barrier.

Sonic Scan – After using this skill, the player will throw a scanning device forward to scan and mark enemies.

Still – Players will regain their health after knocking down marked enemies.

Sound Burst – When there are marked enemies, your ammo will carry an electric charge that damages enemies hit over time.

Privacy Policy – After using this skill, the player's outfit changes into a Ghillie outfit for a while. The weapons and backpack on the player's back are hidden during this time.

Surveillance – A UI hint appears on the screen if there are any enemies nearby.

Easy Breathing – If the player has not taken any damage recently, the player is gradually regaining their health.

Clowns can come to the Anniversary Celebration Square and draw graffiti everywhere. A Clown Shop Tool has been placed on Erangel. Players can collect Clown Tokens and exchange them for items such as normal war supplies and special strategic items in the Clown Shop Tool.

Players can collect Clown Tokens and exchange them for the following strategic items in the Clown Shop Tool. Like the next Playground, the next airdrop, and information about enemy density across the entire map.

A Music Graffiti Wall will appear next to the Graffiti Square on Spawn Island in Classic Mode Erangel. Players can use spray paint on the Music Graffiti Wall and trigger notes to play when paint is sprayed on the squares. Each square represents different notes of the same melody. You can paint multiple frames to trigger multiple notes.

Metro Royale: Uncoverwill be available after the game is updated. In line with our season tradition, your honor, rankings and inventory in Metro Royale will be reset at the start of a new chapter. New rewards will be available in the new chapter. To get AG, permanent finishes, and other great rewards, you need to accumulate Honors. Extra elite enemies will suddenly appear on the battlefields. You need to pay attention to the posts and signs on the map. You have to beat them to get awesome rewards.

After the version update, the Power Armor mod will be available every Friday, Saturday and Sunday.

The Mosin-Nagant is a 98mm bolt-action sniper rifle as powerful as the Kar7,62K. However, their bullets go faster and have less damage reduction. You can take down an unarmored enemy with a single shot at long range.

Mosin-Nagant will spawn on Erangel and Vikendi maps and will replace some Kar98K rifles.

Motor Gliders can now be found on Erangel and Miramar. It will spawn randomly on these two maps. A Motor Glider is a 2-seater vehicle consisting of a front seat for the pilot and a rear seat for a passenger to shoot. For takeoff, once the Motor Glider has gained sufficient speed, the pilot must press the ascend button to raise his nose. The fuel consumption of the Motor Glider is directly related to the engine speed. The faster you fly, the more fuel you consume. It's always a good idea to fill the Motor Glider's tank before stepping on the throttle.

Improved selection of terrain-blocking objects during combat for low-end devices to reduce render loss when the camera moves.

Low latency is triggered after a player jumps out of the plane.

The rendering loss of common resources such as sky and sea has been reduced to make the game run more smoothly.

Fixed an issue that caused the game to crash when both MSAA and HDR were enabled on a device running iOS 14.3.

Fixed an issue where a half-downloaded resource had to be fully downloaded before being deleted.

Several machine learning algorithms have been added to identify and filter suspicious behavior in the game.

The number of manual review team members continued to increase to ensure the safety of tournaments and high-level matches.

Continuing to strengthen the game's defenses against DDoS attacks and expand the scope of defensive measures to ensure safe and stable game operations.

Quick Sensitivity Adjustment: Players will now be able to open a UI option to quickly adjust sensitivity in Training Grounds.

Hide Helmets in Matches: Added a feature in the Lobby Inventory display settings that allows players to hide helmets during matches. This just hides the helmets from the player's own view, so the helmets are still visible in other players' view.

Mk14 Sound Enhancement: Updated the sound sources of the Mk14 to improve the performance of the firing sounds.

Graphics Rendering Improvements: Fixed a rendering bug that caused distant terrain to float when using scopes. Fixed an issue that caused items to suddenly appear or disappear in some scenes that were reported by a small number of players.

Added entry to this feature in Player Space.

Players can use this feature to listen to songs and set background music for their Studio.

PUBG MOBILE has all copyrights of all music that can be listened to.

Players can give albums to friends who meet the gift conditions. Albums that your friend already owns cannot be gifted.

To prevent abuse of this feature to increase popularity, certain restrictions have been placed on giving some gifts in Space.

Pubg Mobile will have 3rd Anniversary music theme screen and rewards. Players can select rank rewards twice as they progress through the Royale Pass. After the anniversary party starts, some special guests will also appear. In addition to the AUG ending, players can choose between 1 advanced sets at tier 50 and 2. At level 100, get the Violin Music Set and a mysterious Kar98K Ending!

An adventure activity will begin with music. Adventure Coupons have been added to the free rank rewards and players can redeem them on the event page to redeem one of the 2 sets. Adventure awaits you.

Fixed other bugs affecting quests and other content to improve players' experience.

The square where players were born in Cheer Park is now a DJ electronic music square with a DJ stage, a music arcade machine and a techno starter. After the Anniversary Celebration starts, DJ's new songs, classic old songs, PUBG MOBILE theme songs and BP electronic music songs will be played randomly.

Players can now choose to display a firearm and a melee weapon simultaneously in the Lobby. The currently selected weapon will be used by the character and the previous weapon will be on the character's back. Firearms and melee weapons displayed by players in their Lobby can be used on Spawn Island if the following conditions are met. All firearms and melee weapons owned by players on Spawn Island will be removed when they board the plane.

Conditions for weapons to be brought from the lobby:

Firearms: Must be equipped with a Legendary or higher Finish, but this requirement does not apply to rare upgradeable firearms that can also be brought.

Melee weapons: Must be equipped with an epic or higher Finish. 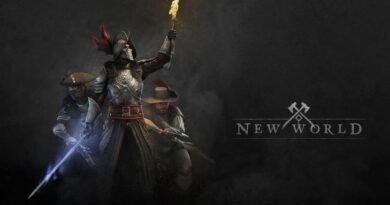 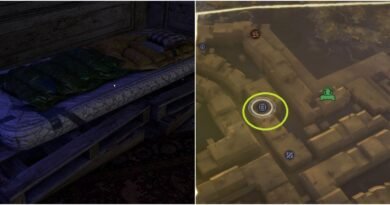 Dying Light 2: How to Get Rich Fast | Quick Monetization 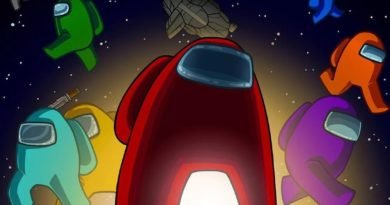