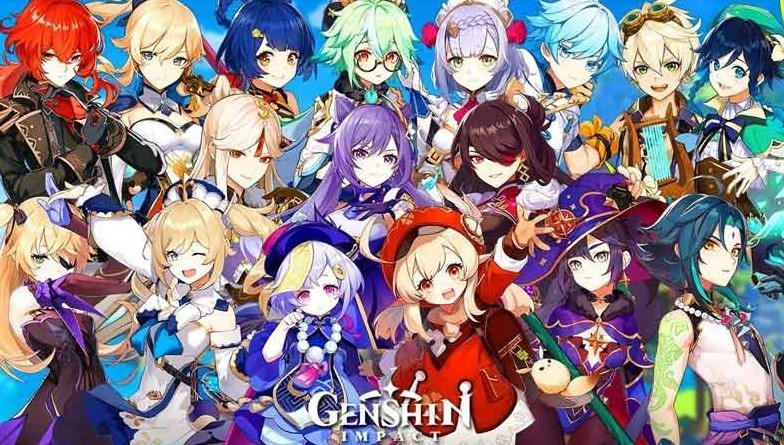 Genshin Impact Tier List | The best and worst characters  ; Currently 32 Genshin impact character is available, so there is no shortage of candidates for your dream team. But with so many different weapons, elementals, abilities, ascension bonuses, and constellation upgrades, finding your favorites can be difficult. Here's our article to help you…

In fact, a really bad Genshin impact Character is hard to find. While basic stats and basic abilities are important, a character's value also depends on their personal playstyle, available weapons and artifacts, and team composition. So don't worry too much if your favorite character is in one of the lower tiers; Still recommended Genshin impact You can make it work with our structures.

In general, being in the highest ranks means that the character is the best at his role, is not too difficult to develop, and performs well regardless of his teammates. Being at a lower tier means there are better alternatives or the character needs a very specific build or team to shine. That the characters are not ranked in their own ranks, and apart from that, Genshin Impact Tier List 'Let's take a look at our character lineup!

generally Genshin impactConsidered the best DPS character in , Diluç has a shield-destroying Claymore, the highest base attack power, and a high critical rate. His basic abilities are great for elemental reactions, while he can deal devastating Pyro damage. As if that wasn't enough, Diluç's base explosion cooldown is 12 seconds and only needs 40 Energy.

Keqing has incredibly high stats that make him one of the best characters in the game. This Sword and Electro character is among the best in all categories: attack power, HP and defense. This makes him an incredible melee fighter, but he also has powerful Electro abilities. Did we mention you can use your basic skill to teleport on the battlefield?

Sagittarius and the Anemo character Venti are probably the best basic support in the game. He can use his basic ability to hurl enemies or himself into the air, while his elemental blast creates a massive Stormeye that draws all nearby enemies. It also absorbs Pyro, Electro, Hydro, and Cryo elements which are then converted to 50% extra damage output of that element type.

This Polearm and Pyro character can be quite effective when set up with the right build. Fans were expecting another five-star Pyro character to be on par with Diluc, and while Hu Tao might not be able to deal much damage through his AoE attacks, his damage to single targets makes him extremely valuable.

Let's start with the best thing about the Cryo Swordfighter Qiqi: Not only does he have very high attack stats, he also has healing abilities that scale the same attack power. In other words, it's a massive damage dealer and a combined healer.

Ganyu and Bow are the first to challenge Diluç's basic attack power. Moreover, he has the unique ability to fire different types of Cryo arrows with just his charged attack, including one with area of ​​effect damage. Along with his powerful AoE basic abilities, Ganyu can constantly damage and freeze his enemies.

The only Anemo character focused entirely on DPS, Xiao does a great job of attacking multiple enemies at once with his immersion attacks. He can easily trigger the elemental reaction Vortex with a set of characters allowing Xiao to be in most of the squad.

This Hydro character isn't just useful with a Sagittarius; can trigger his basic skill, replacing his ranged weapon with melee Hydro daggers. Unlike most Hydro characters, Tartaglia has the ability to deal high elemental damage. It can also easily build Hydro / Electro or Hydro / Cryo combos, which makes it useful in many ways.

This bomber is blessed with a high base attack, extra boost Pyro damage, and a Catalyst. As a result, it is very easy to build for maximum Pyro damage. Check out our Genshin Impact Klee build to find out how. The only downside to Klee is that it can be difficult to find the right distance between himself and his enemies.

Unlike other Geo characters in Genshin Impact, Albedo can constantly trigger Geo-infused elemental reactions that deal highly damaging. His basic abilities create Geo blasts with a large area of ​​effect, and Albedo's basic ability has an extraordinarily short cooldown of just four seconds.

Hydro character Mona's elemental detonation can immobilize several enemies at once, potentially freezing them along with a Cryo teammate. Moreover, it can protect your main DPS from taking too much damage by spawning his teasing Ghost. Mona also has a special evasion ability, which makes the Catalyst wearer extremely mobile.

After the 1.3 update, Zhongli is finally worthy of its five-star rating. Both the Geo abilities and the Geo elemental resonance buffs greatly increased Zhongli's damage output. Not only is Zhongli capable of dealing damage equal to S-tier characters, her Jade Shield ability is quite effective and allows her to act as a DPS/Support hybrid.

If you don't have a 5-star main DPS yet, Razor is your next best option. With a Claymore and high attack power, Genshin is one of Impact's best melee. His basic abilities improve his melee attacks, but are less useful when building basic reactions.

Jean's basic attack is on the low side, but her versatility as an Anemo support and healer makes up for it. While he's not really superior in a particular role, he can carry a team with his combined melee attacks, crowd control abilities, and HP regen.

Compared to the four-star characters, yanfei joint has the third highest base attack (tied with Rosaria). Pyro characters are often strong due to basic reactions, and Yanfei is no exception. Our Genshin Impact Yanfei build goes into detail on what artifacts and weapons you should use to get the most out of this noble lawyer.

RosariaThis Cyro-based four-star character excels in many areas if you want to build as your main source of damage or as a boost for your stronger characters. While Rosaria's damage isn't matched by the best characters, her abilities are incredibly versatile, allowing her to get into a variety of teams.

He may not inflict the highest melee damage with his Polearm alone, but Xiangling is undeniably one of the best Pyros in Genshin Impact. His basic ability is to shoot down an auto-aiming, fire-breathing teddy bear, while his elemental blast surrounds him with fire for up to ten seconds.

The Prinzessin of electro damage has the unique ability to unleash the familiar Oz on the battlefield. While Fischl needs some constellations and ability upgrades to maximize Oz's Electro damage output, this ability has very high potential and is great for creating Electro-grafted elemental reactions.

This Hydro Catalyst may have the lowest basic attack of all Genshin Impact characters, but he's an incredible healer. He can either heal characters one by one using his basic skill, or heal the entire team at once with his elemental explosion. Unfortunately, it also causes a 'wet' state, making its healing inappropriate against Cryo enemies.

Alchemist Sucrose can launch enemies in midair with his basic skill, dealing Anemo damage in the process. It can also detonate and absorb all Pyro, Electro, Hydro, and Cryo elements, turning them into extra damage output. Sound familiar? Sucrose is basically Venti, but not that good.

Chongyun is pretty good as a Claymore melee, but she really shines as a Cryo character who is an area of ​​influence. Along with a good Hydro, he can freeze many enemies at once. It can freeze, freeze, and freeze again, thanks to just a 12-second burst of basic cooldown.

Katzlein Diona isn't all that useful as a ranged damage dealer, but her Cryo abilities can easily freeze several enemies at once. He can also heal and create protective shields. While Diona isn't the best in either of these roles, it makes her a great base support for teams just starting out.

Cursed with one of the lowest base attack powers in the game, Bennett won't be the DPS of your dreams. However, he can provide an attack bonus and heal allies with his elemental explosion (reducing his HP). Placing him in the right team makes him a good Pyro boost.

Pyro Xinyan has the highest basic attack of all four-star characters. However, he also has the misfortune of being equipped with the same weapon and basic type as his beloved Diluç. While he is by no means a villain, he is easily overshadowed by the better Claymore and Pyro characters.

Xingqui's Sword attacks are average and their base cooldown is very long. It's not the best Hydro for applying the wet state to large enemy armies. But on the plus side: Xingqui's passive ability will heal the current character, which can be very useful in the right team.

Noelle is an extremely defensive Geo Claymore character. It's very useful for early game players thanks to its shield and healing ability. While his healing ability is weak, he can do the job without a better healer.

This librarian's AoE Electro powers are great for getting players started. He has a higher base attack than the other three starting characters, has area of ​​effect attacks, and it's easy to maximize his Electro damage output thanks to the Catalyst.

Sword wielding Kaeya can play the main DPS role to start Genshin Impact players, but should be replaced as soon as possible. Ascension stats can give her a higher energy charge, but Kaeya's basic abilities aren't as useful as those of other Cryos.

The rover's greatest asset is his unique ability to manipulate element types. If your team really needs an Anemo or Geo item, Traveler can help. Normal Sword attacks don't do much damage, but can easily fit on any team.

This Catalyst character has a very unique shield ability that can be used to shape the battlefield; Just place a huge Geo wall wherever you want and stop the incoming hordes of enemies along the way. The new 1.3 update has given Geo characters a much needed damage boost, so Ningguang has a chance to be placed higher as time goes on.

Beidou is a complex character to build. Most other Claymore characters have a much higher base damage output, and Beidou's basic abilities only become stronger when he reaches constellation level four. In other words, it may take centuries for Beidou to reach its potential, while there are easier and better alternatives.

Where to start? Amber's basic ability has a long cooldown, very low damage output, and is proportional to her HP. It takes ages to trigger the explosion manually. Elemental explosion and basic attack are also nothing special. Only use it for puzzles and exploration. 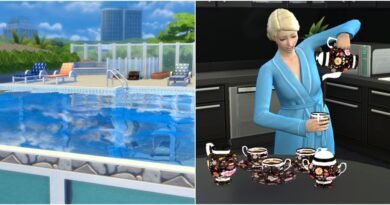 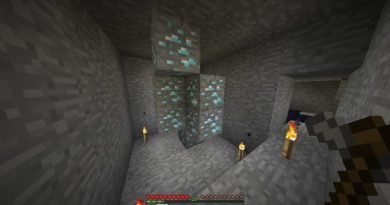 Minecraft Where to Find Diamonds 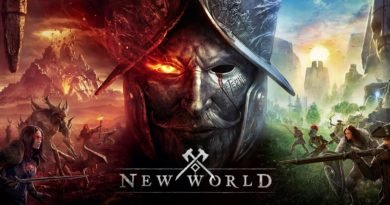